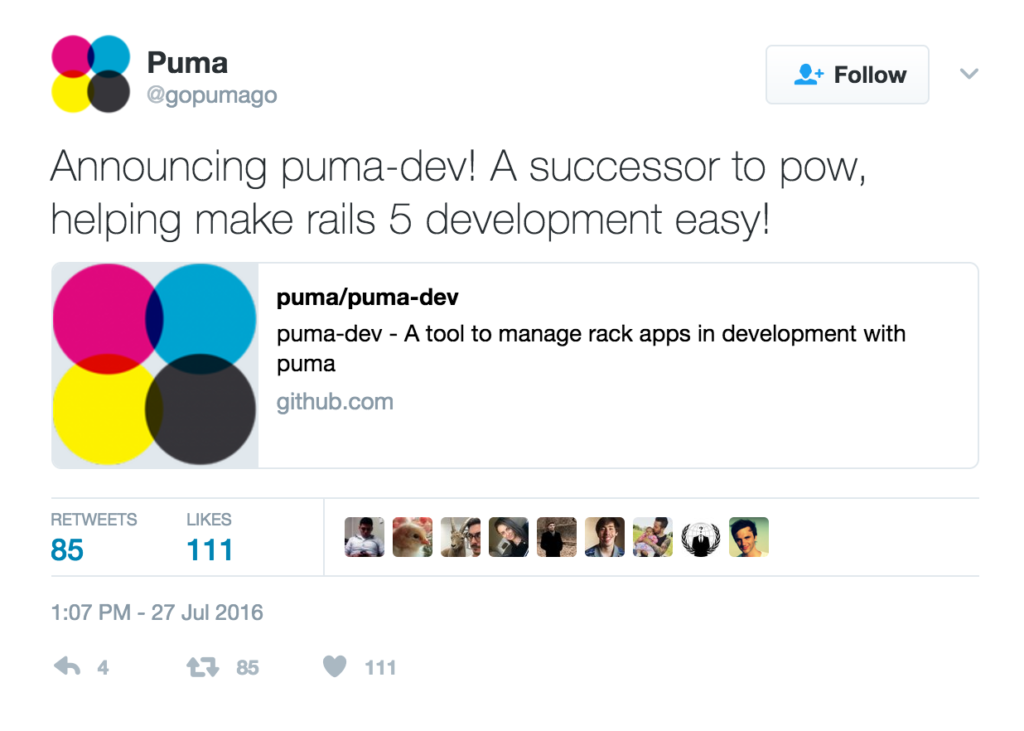 A few months ago the creator of my favorite rails server (puma) announced a version of puma called puma-dev. This new server bears more than a passing resemblance to pow, because of its goal of making local rails development stupendously easy.

Setup is super easy. First make sure to include puma in your Gemfile

Then run `puma` at the command line and make sure your app starts up with no problems.
Next install puma-dev

I’ve been using this setup for a few months now, and I must say, I find this immensely useful because I have an apache server running on port 80 for my PHP work, so I can actually access a domain on https://mydomain.dev. It also supports websockets!