I used to be a big fan of CNN, and I still read their news via RSS. I was on there today when I came across this item … 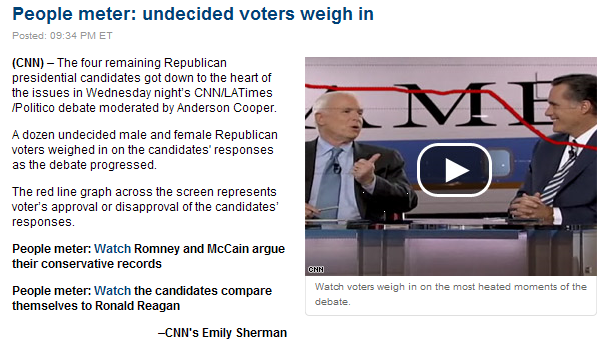 See the big button that invites you to click on it? What do you think it does?
Go ahead … try it.

Yep, it doesn’t instantly start playing. It takes you to another screen, where you have to sit through a commercial to watch your video.
What do you think users are going to do in an era of a million and one embedded video options like … um .. youtube. If they were only kinda-sorta interested in the video … they’ll close out of it immediately and go to something more interesting. 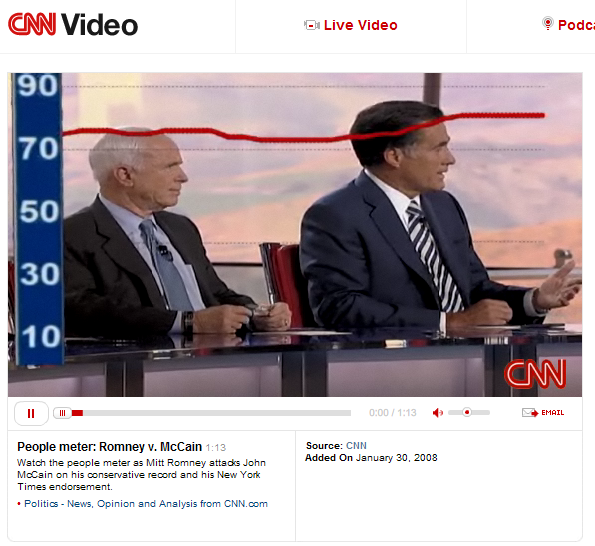 How should CNN fix this?

Remember, you want to adhere to the “Don’t make me think” principle whenever possible, and because interface behavior (especially on the web) can change quickly, you have to stay ahead of the curve. Two or three years ago, this would probably have been excellent interface design, because it invited the user to click on the image … not any more.