What The Rails Security Issue Means For Your Startup!

There are many developers who are not presently active on a Ruby on Rails project who nonetheless have a vulnerable Rails application running on localhost:3000.  If they do, eventually, their local machine will be compromised. (Any page on the Internet which serves Javascript can, currently, root your Macbook if it is running an out-of-date Rails on it. No, it does not matter that the Internet can’t connect to your localhost:3000, because your browser can, and your browser will follow the attacker’s instructions to do so. It will probably be possible to eventually do this with an IMG tag, which means any webpage that can contain a user-supplied cat photo could ALSO contain a user-supplied remote code execution.)

Ever spent way longer than you would have liked trying to find out exactly where a particular Ruby object method is defined, especially in something like Rails where a method could have been included from a plugin, gem, helper, or otherwise metaprogrammed in?

and get this back

Blew my mind, and I’ve been writing Ruby for almost 6 years now.

I came across puma reading Mike Perham’s blog and was instantly intrigued. Its a threaded server that runs using one copy of your app vs the way Passenger does it by spinning up about 2 or more copies of your app as processes forked from a parent process and distributing requests to each one in turn to keep them all busy.

The thing that jumped out at me was the promise of memory savings by going from 5-6 processes in memory to 1. I run a 768MB VPS with linode. With Passenger I was running 500-600MB RAM usage because of the distinct ruby processes that Passenger forks to handle requests to your server. (Each process was about 80M and I was running 5 or 6 of them)

There is no Apache documentation for proxying to puma, but after looking at this example by the Phusion guys about how to proxy Apache to Passenger Standalone, I figured out a nice little step-by-step way to quickly try out puma to see if you like it or not.

Couple of things to note

Thats it!
I hope you like puma as much as I do.

The easy answer is that you could create multiple elasticsearch.yml files (elasticsearch.0.yml, elasticsearch.1.yml etc etc) and then start each instance from the command line referencing the new config files.

That should get you most of the way there (the new node comes up on port 9201), but if you have any problems and need an alternative read this detailed response on Stackoverflow

I’ve been doing a lot of Elasticsearch work at my fulltime job and I’m liking it very much (Actually in San Francisco for an Elasticsearch conference right now). That being said … I started reading this great article by Jon Tai about how to use Elasticsearch as a supplement to your database to get quicker results for unstructured/complex queries, then I started to look at the rest of his blog posts about Elasticsearch and quickly realized that if you’re trying to get up to speed with Elasticsearch, there isn’t clearer, more easily digestable writing on the web about the basics of Lucene and Elasticsearch.

Trust me, I know. I’ve been screwing with ES for the last six months or so, and the knowledge I have is pieced together is from numerous google searches, Stackoverflow questions,  random one-off blogposts about Elasticsearch, Tire or/and videos from the Elasticsearch site.

So once you actually get ES setup on your dev machine, go get yourself a good cup of whatever and then snuggle up with the following (in this order).
– Testing Lucene Analyzers with elasticsearch
– Lucene Scoring and elasticsearch’s _all Field
Then watch this 40 minute video by Elasticsearch creator, Shay Banon, that explains the way Elasticsearch is designed and how to use it to your advantage
– Big Data, Search and Analytics (I’ve watched this 3 times since last August and I pick up something new each time)

“To every man there comes in his lifetime that special moment when he is figuratively tapped on the shoulder and offered a chance to do a very special thing, unique to him and fitted to his talents. What a tragedy if that moment finds him unprepared or unqualified for that which would be his finest hour.”

Ever been scrolling through your tumblr, for what seemed like hours, but didn’t want to stop because you’d lose your place without getting to where you stopped the last time?

I love tumblr, but this bugged me so much that I hacked together a Tumblr Timestamps Chrome extension that tells you exactly when a tumblr post was published (slots it in the lower left hand corner of every post). This way you can keep track of where you start or leave off, and (hopefully) better manage how much time you spend on tumblr. 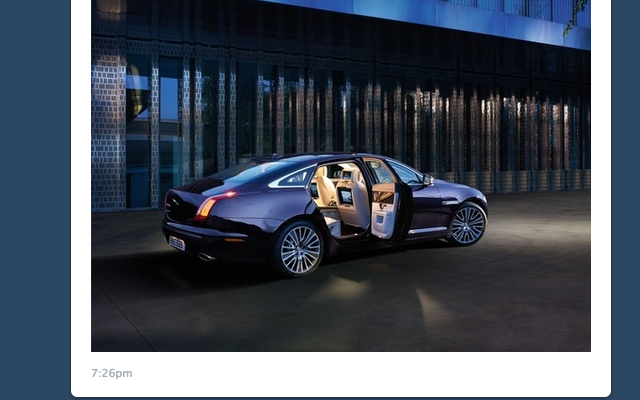 A lot of times, I’ll get on the phone to check my balance or do something routine while I’m in my office (which I share with 2 other people), but the customer service menu navigation is ONLY voice activated. Since I don’t want to disturb my co-workers, I either have to stop what I’m doing and leave the room to find a quiet place to yell instructions at my phone or just remember to do it later (which I never do). Apart from the potentially poor user experience (slower/inconvenient way to get through a menu you’re already familiar with), it simply is a massive pain in the ass sometimes.

What’s so frustrating is that this can easily be fixed by giving the user the option of hitting a button to revert to the number pad for navigation. But then again, if a company has a voice navigated customer service menu, they probably don’t really give two ____s about what’s convenient for you.

Interview after interview with some of the world’s most successful people—actress Laura Linney, Zappos CEO Tony Hsieh, crossword mastermind Will Shortz—they began seeing patterns emerge. No matter how diverse their goals or crafts, these super-achievers shared many of the same habits. How can you follow in their footsteps?

This one is really nerdy, but it would be cool if in the “About Google Chrome” page of the browser, a list of whats new or what’s changed showed up right after the version number.

This could be restricted it to only if the user was on the dev/beta channel. I figure if you’re on dev/beta, you care about that kind of information.

Even cooler would be a list of all the versions that you previously used, that folded out on click, so you could see your own specific upgrade path (along with their changelogs) 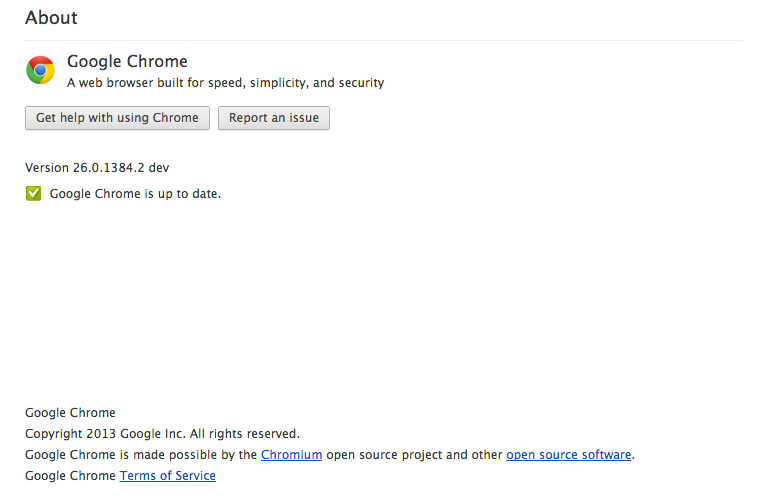 Making iOS apps is getting easier and easier with each new release of Xcode. However, all the new features and approaches means there are more options to choose from, outdated books and old documentation.

Back in my day it was so much harder – that’s is true in many respects, but a much higher level of quality and features is expected now.The bar keeps rising, and that’s a very good thing.

If I was starting out with iOS development today these are the things I would hope somebody would tell me.
Read More

Watching this 60 minutes episode (scroll to end of post) got my mind running in a hundred different directions. Its clear to me now that the future of software is Big Data Analytics and Machine Learning. In the future, people aren’t going to just want the software we’re churning out right now. They’re going to want software that learns their preferences and adjusts to their needs.

Manually set my alarm before I go to bed? pffft, the ios alarm app in 2020 will monitor the time you went to bed and use your past behavior to know that you need to be up in 4 hours.

The other thing that I realized is that the American economy is slowly moving to a phase where high skilled jobs will make up most of the job market. These jobs will be highly paid, but will also have to be highly taxed to support the rest of the country that simply will not have work.

We live in interesting times

I restarted Elasticsearch and started getting a nasty stack trace in my elasticsearch logs, the key line being

There was no ip address like that on my network, it was maddening because no matter what I tried, it kept trying to find that non-existent master node.

Turns out that older versions of elasticsearch (I’m running 19.2 … current version is 20.x) have that problem where stale master id information can be broadcast over the network by a client node. This probably happened because I took my laptop home from work and did a restart of elasticsearch at home (different network/ip address etc)

Eventually I found the solution here.

If you’re getting this error when you go to startup elasticsearch, multicast is probably not working properly. I’m running elasticsearch on a single server (dev environment) and didn’t need all the ceremony.

thats was it. Elasticsearch came right back up!

PS: I couldn’t get my test suite to run in Ruby 2.0.0 but I managed to run the very simple
“time bundle exec rake environment” test